Inside the Headset with RLTY CHK

The Developers Behind VR Trivia Battle

There are many factors that go into running a successful VR Arcade, and offering premium content is certainly near the top of the list. It is very important an arcade owner is familiar with their library, and have a carefully curated library of high end VR experiences to have a successful VR arcade. We sat down with Nick Robinson, Co-founder and CEO of RLTY CHK to discuss their VR title, VR Trivia Battle, to learn how they created a high end game that has fared well in the out-of-home VR space.

Can you tell us about VR Trivia Battle, and why you believe it is a great title for location-based VR?

“VR Trivia Battle is a single or multiplayer trivia showdown where players compete to be the ultimate trivia champion. This family friendly title was designed from the ground up for LBE. It allows for 1v1 or up to 8 players in an intense trivia battle with mini games!”

What was the inspiration behind creating VR Trivia Battle?

“Our experience releasing Thirst VR to arcades showed us that there was an opportunity to create a multiplayer experience designed for a wide audience and people new to VR. Knowing over 95% of people at arcades are new to VR, we wanted to create something familiar yet immersive. Game shows are one of the most popular genres of all time which is why we decided to create a trivia game.”

How long is the game/experience? Does it play through in one sitting or are there multiple levels, or chapters?

“Each game lasts 10+ minutes. The end of each game encourages a rematch and thanks to the thousands of questions every game is different.”

What makes the player want to play it or watch it again?

“VR Trivia Battle is easy to pick up but difficult to master. Players will want to hone their mini game skills and stretch their mind with the trivia. We also have a unique viewer mode so that locations can display the games on monitors for people to watch. We have an automatic camera switcher for the viewer mode so it cycles through the action.” 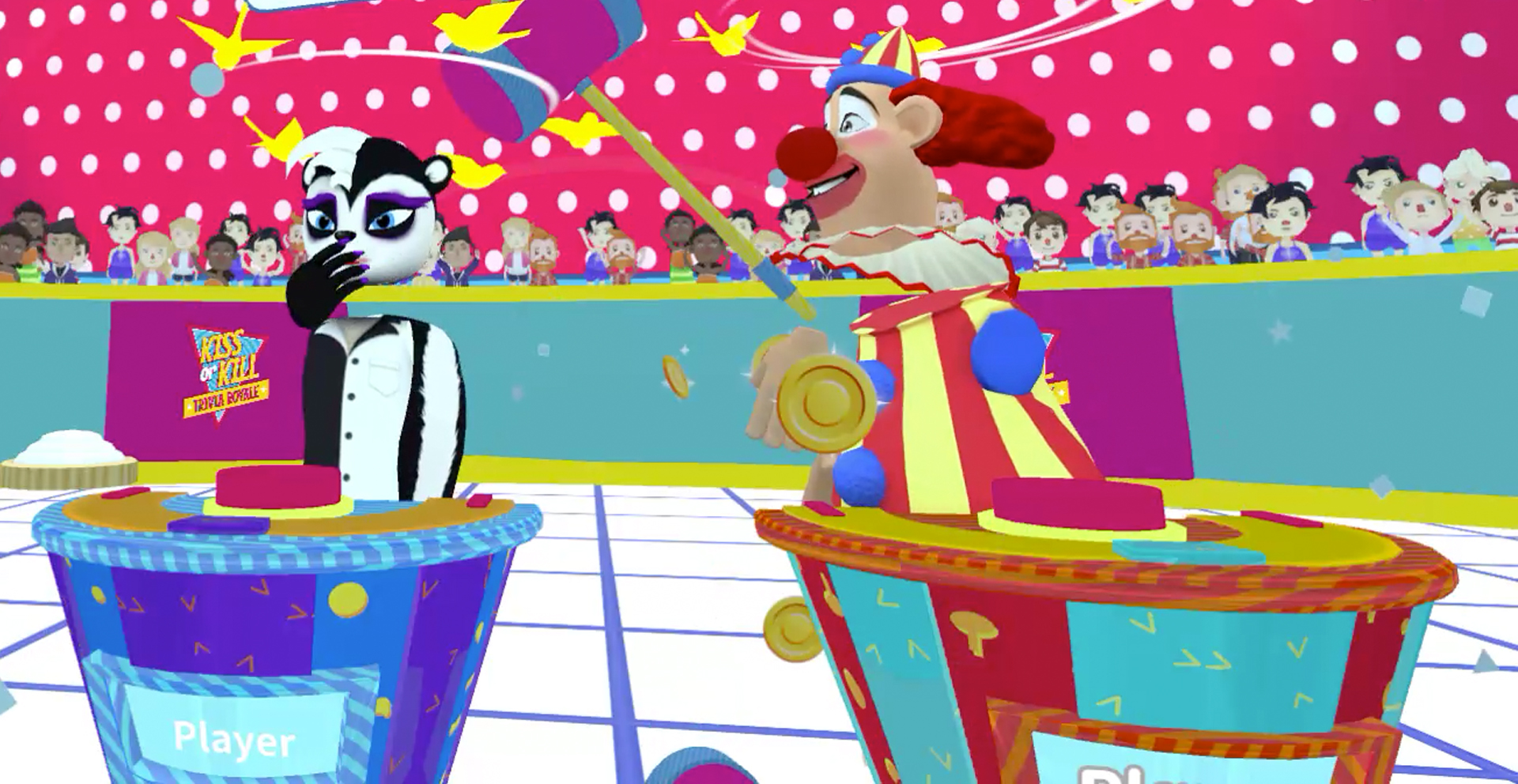 What mechanics/storylines/etc makes your game a blast?

“Trivia is one of the most popular genres of all time. There is a reason $64,000 Question was the only show to beat I Love Lucy in the ratings during the rise of TV. People love trivia! But we took it to the next level by adding fun mini games which pick up the pace.”

Did you learn anything from working on other VR titles?

“From Thirst VR we learned how important multiplayer is, and the nuance of designing for LBE. Simplicity is key!”

Can you tell us what you are working on next?

“VR Trivia Battle is our focus for the next year, providing updates including new weapons and mini games.”

Do you have any tips or tricks the player should know?

“First time players don’t use the power ups which KEY to winning!”